Introduction to the School of Physics:

Here you will find numerous articles that deal with the Shroud from the standpoint of photography, three dimensional qualities of the Shroud image, and image formation theories. There were numerous optical tests performed on the Shroud in 1978 by the 24 scientists comprising The Shroud of Turin Research Project (STURP) including spectroscopy, infrared thermography, scanning photography from infrared to ultraviolet, X-ray fluorescence, X-ray radiography and others.

ARTICLES RELATING TO THE SHROUD OF TURIN RESEARCH PROJECT (STURP) 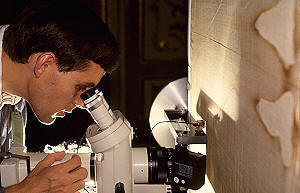 Published STURP papers from Shroud.com
(These are mostly found in peer reviewed journals and due to copyright cannot be reproduced or linked to here. They may be obtained through your school library or through www.jstor.org or by purchasing a copy direct from the publisher.)

Summary of the Shroud of Turin Research Project Findings from Shroudstory.com

A Review of Scientific Methods Applied to the Shroud ofTurin (38 pgs) by Ray Rogers and Anna Arnoldi. From Shroud.com

Articles on Image Formation Theory and Qualities of the Image 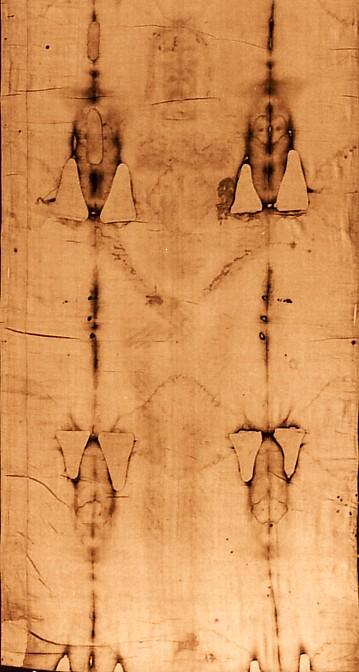 Summary of Image Formation Theories: If it is not the work of an artist, then how was the image formed?

Image Properties: What could be observed about image properties by looking at damage from the 1532 fire? From Shroudstory.com

Pixelization Quality of the Shroud Image: Optical engineer, Kevin Moran discusses the phenomenon of how the Shroud image appears to be comprised of pixels, similar to a TV screen. Hence, darker and lighter shades are not the result of more or less "paint" but rather a greater or lesser concentration of dehydrated fibers, ie. Pixelization. From Shroud.com

“Image Information on the Shroud of Turin by the Attenuation of Radiation in the Air” by Bernard A. Power:

Conclusions of Walter McCrone: Walter McCrone is the lone voice of dissent regarding the cause of the image and the apparent bloodstains. He alleges it to be a painted forgery. The 24 scientists of the STURP project indicate it is blood from actual wounds and the image is not the work of an artist.

Articles on the 3-D Quality of the Image

From the Photo to the Three Dimensional by Aldo Guerreschi who has perfected an established photographic enhancement technique to clearly visualize the dimensional characteristics encoded in the Shroud image. From Shroud.com 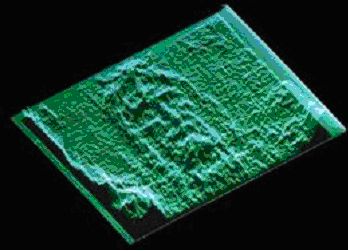 The Photo-Relief Technique by Aldo Guerreschi. This is a continuation of the above article and is important for understanding the three dimensional nature of the Shroud image. From Shroud.com

Does the Shroud contain three dimensional data? Pete Schumacher, inventor of the VP-8 Image Analyzer first used in 1977 on the Shroud reveals that the shroud image acts like a spatial data base, similar to a topographical map. From Shroud.com

More on the VP-8 and the 3-D Image from Shroudstory.com

The Second Face Image: The Shroud appears to have a faint face image on the reverse side of the cloth yet no image causing substance in between the threads further confounding the mystery of the image and what may have been its genesis. From ABC News

Second Face Image: A brief discussion with Paul Danielson of the Institute of Physics in London regarding this discovery. From ABC News

The following list of articles are from Italian scientist, Giulio Fanti and other researchers: About Giulio Fanti: Read his Curriculum Vitae 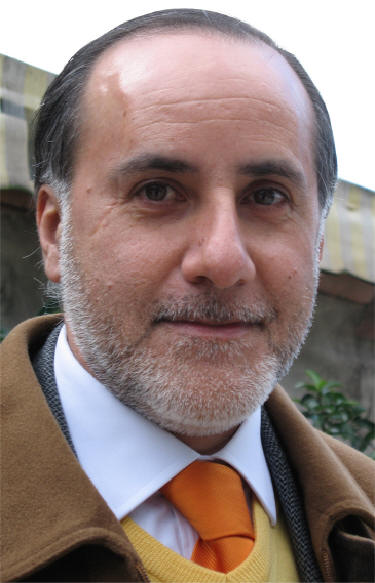 G. Fanti, R. Maggiolo: The double superficiality of the frontal image of the Turin Shroud, Journal of Optics A: Pure and Applied Optics, volume 6, issue 6, pages 491- 503,

G. Fanti, E. Marinelli: A study of the front and back body enveloping based on 3D information, Dallas International Conference on the Shroud of Turin, Dallas, Texas, U.S.A., 25-28 October 2001.

G. Fanti et al.: “Proposal for the Contruction of a Calibrated Multiresolution Atlas of the Turin Shroud”, Oct. 2002, Internet: