Introduction to the School of Art:

Is the Shroud of Turin an authentic relic of Christ or simply a medieval work of art? It would seem that the input of professional artists and those familiar with medieval art techniques would be relevant. There are many potential research papers that can be written that draw upon the role of art and the Shroud image. Look also in the School of Chemistry and the School of Physics for more insights on the nature of the Shroud image and its comparison to known art works.

Combined Review by Mark Antonacci and Patrick Byrne of recent books: “The Sign” by Thomas de Wesselow
and “Resurrected or Revived?” by Helmut Felzmann Link

Is an ancient mosaic depicting the face of Jesus based on the Shroud?
Is it the earliest prototype for most Byzantine icons that followed:
See what Philip Dayvault, a former FBI special agent has uncovered. Link

Understanding Art within its Cultural Context by Danusha V. Goska: This is an excellent article written by a PHD candidate at Indiana University. It is a MUST READ.

A good primer on the study of ancient art and how it relates to the Shroud. Does it support the historical trail? From Dan Porter of Shroudstory.com

A good primer on comparing the Shroud with other works of art. Is it the work of an artist? From Shroudstory.com 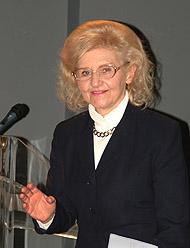 The next three papers are contributed by Isabel Piczek, a renowned artist and expert in sacred art. Many in America and the west do not understand the science of art. Not only is Isabel a phenomenal artist she is also a theoretical physicist. As refugees from Communist Hungary, at the age of 14, Isabel and her 16 year old sister, Edith, submitted a sketch proposal for a mural to be painted in the Vatican library. They competed with 30 other skilled artists from Europe. Their work was selected against all the others. Isabel is a true prodigy and has gone on to grace cathedrals all over the world with her murals and stained glass masterpieces. She is well qualified to discuss the Shroud as an artwork.

Is the Shroud a Painting? Isabel Piczek tells why the Shroud cannot be the work of an artist. Lots of images in this article. From Shroud.com

"Alice In Wonderland and the Shroud of Turin" by Isabel Piczek, this is another article comparing the field of art with the Shroud image. It contains 54 images so be patient as it loads. From Shroud.com

Isabel's interpretation of the man on the Shroud based on the image.

Another contribution from Isabel, this is a study of the negative image on the Shroud and the concept of negativity through the ages. From Shroud.com

From the Fine Art Registry Journal, Joan Altabe's article is titled "Mistakes in Attribution" as part of the "Truth in Art" series. This article offers some critical evaluation of Walter McCrone's work authenticating or debunking various works of art. Not everyone in the art world is impressed.

Another question related to art is the role of Orthodox Iconography in uncovering the ancient origins of the Shroud. Could the First Century legend of King Abgar of Edessa be the first clue? What was discovered in 544? Whatever it was, it became known as the Image of Edessa. Could it have been the Shroud? It was also known as the “Image not made by hands” and was the genesis for all Orthodox Icons that followed. The study of Iconography is an attempt to determine if the Shroud image is the same as the Edessa Image. It may explain why so many icon images have unique similarities to the Shroud image.

A short article on the role of Orthodox Icons and how they might have been influenced by the Shroud. From the Shroud of Turin Education Project 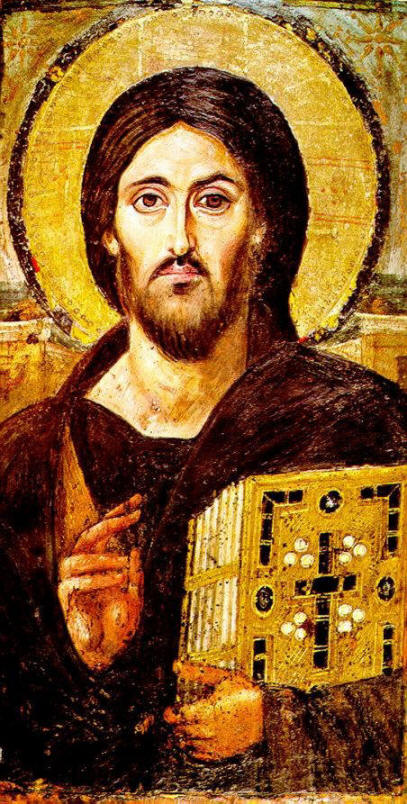 The following is a good primer on how Icons were prepared and how they developed as a spiritual discipline. After Constantine legitimized Christianity, Icons became a visual theology beginning in the 4th century. From Iconarts.com

Article features an interesting sequence of ancient icons that may indicate an “Iconographic Trail”. From Sindone.org

A short summary of iconography as a way of tracing the historical trail back to the 6 th century. From Shroudstory.com

“The Cathar Crucifix, New Evidence of the Shroud’s Missing History” by Jack Markwardt. From Shroud.com

Here is a lengthy and well illustrated paper, “The Mystical Shroud-Images and the Resurrection” by James E. Damon. From Shroud.it

The Sinai Icon from the Monastery of St. Catherine in Egypt was created in 550 AD and is considered to be the first and most important icon based on the Edessa Image discovered in 544 AD. It has been determined to have over 200 points of congruence with the Shroud image. From Shroudstory.com 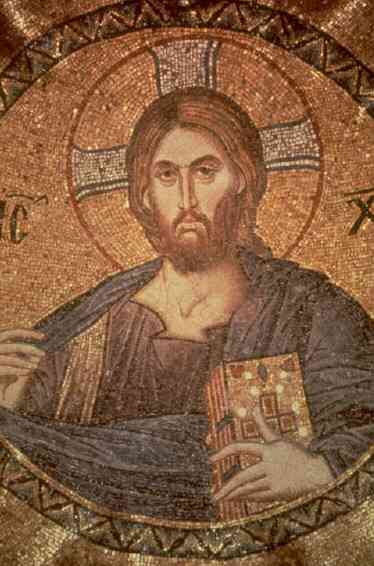 The following site shows a variety of Icons that derive their genesis from the Edessa Image. From Holyshroud.net

Byzantine frescoes and the Turin Shroud by Lennox Manton

The Cappadocian frescoes and the Turin Shroud by Lennox Manton

Nicholas Allen postulates that the Shroud image was made by a "primitive camera obscura" projecting the image of an actual corpse onto the Shroud over the course of several days. Here is a critique of his theory by professional photographer and image specialist, Barrie Schwortz. From Shroud.com